Most Dangerous US States for Automobile Accidents 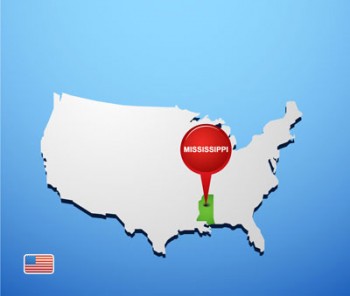 The average American is going to be involved in about 17 accidents over the course of a lifetime. These accidents can include everything from fender-benders to head-on collisions. Regardless of the severity, it can be a lot of trouble and headache, not to mention plenty of potential for serious injuries and even death. More people between the ages of 5 and 34 die in car accidents than from any other cause. That’s data straight from the US Center for Disease Control. If that doesn’t make you want to drive more safely, nothing will.

But it turns out that some states are more dangerous than others. The measures come from data on auto fatalities per 100,000 people, fatalities per year, and the expenses related to both medical costs and work loss costs over a lifetime. Below are the most dangerous US states for automobile accidents.

Alabama and Wyoming are tied at third based on their numbers for average car related deaths per 100,000 people, both at 21.7. These two states have a couple things in common. Both do not require ignition locks for convicted drunk drivers. But Wyoming doesn’t have a seatbelt law, while Alabama does. The difference may have to do with Alabama’s lack of laws requiring booster seats for children under age 8.

At 23.3 deaths per 100,000 people, partially attributable to the high percentage of drunk driving deaths and few laws to combat this major problem. Surprisingly, they’re one of the states with the lowest rate of commuters that travel over 30 minutes to get to work.

26.7 deaths per 100,000 people makes Mississippi the most likely place for people to die in an auto accident. And not surprisingly they neither have a booster seat law nor mandatory ignition lock law.

No matter which state you are driving in, use caution, stay safe, and watch out on the roads.

⇐ Diminished Value – It Is All About Preconceived Ideas
What is a Diminished Value Vehicle Appraisal? ⇒
© 2022 Diminition of Value | Total Loss Car | Loss of Use Recovery
Aries WordPress Theme by United Themes